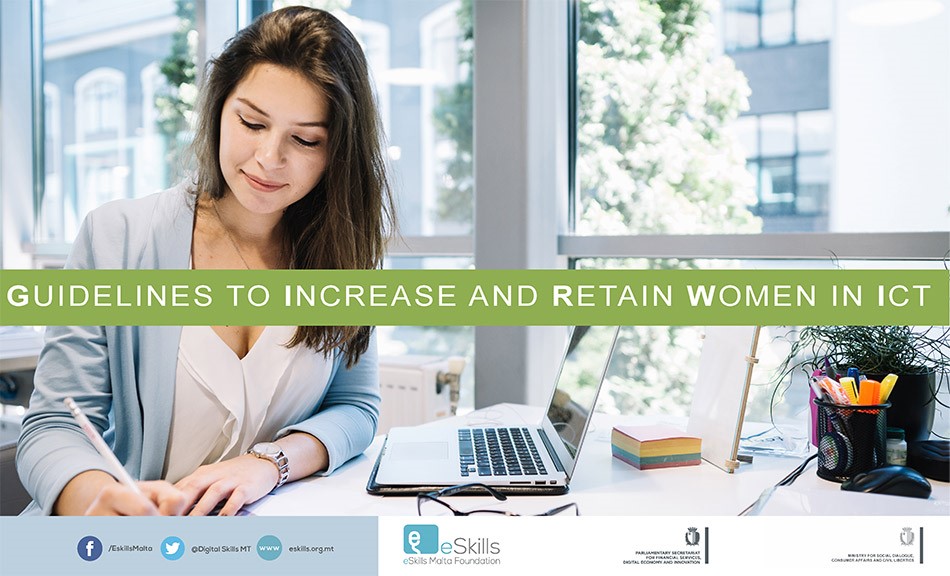 As the Women Web-entrepreneurs Hubs Malta Coordinator, Ascend Consulting has been involved for some time now in the set up and work of the Women in ICT Focus Group of eSkills Malta Foundation.

Despite evidence that having more women enter the digital job market can create an annual € 9 billion GDP boost in the EU area, there is still a very large ICT gender gap in Europe. Women account for only some 28% of the ICT sector workforce, whilst they represent around 43% of the broader workforce. Moreover, only 19% of entrepreneurs in the digital sector are women, almost a third of the overall average rate of female entrepreneurship, which stands at around 54%.

In this context, a set of Guidelines to Increase and Retain women in ICT have been prepared, covering various stages from early education and training, to recruitment, retention and career progression, as well as women entrepreneurship in the digital sector. They are aimed at all the relevant stakeholders, be they small, medium and large enterprises together with NGOs, gender equity advocacy coalitions, the media, educators, career advisors, the government and decision makers.

These Guidelines will be launched on 11th April 2018 at the MITA Data Centre at 10:30am, an occasion for further discussion on this issue with policy makers and industry stakeholders.  The launch will be attended by Hon Minister Helena Dalli, Minister for European Affairs and Equality and Hon Silvio Schembri Parliamentary Secretary for Financial Services, Digital Economy & Innovation, who will both be taking part in a panel discussion.

Please refer to the agenda for further details and if interested to attend, registration is required here.